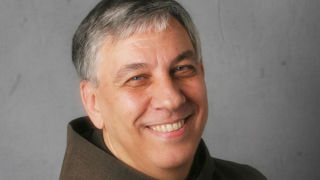 The Department of Catholic Studies, in cooperation with the Commission on Christian Unity of the Archdiocese of Newark, presents "The Centro Pro Unione: Promoting the Modern Ecumenical Movement Since Vatican II," a presentation by Dr. James F. Puglisi, S.A., Director of the Centro Pro Unione in Rome. This event will take place on Monday, October 18, at 11 a.m. in the Beck Rooms of Walsh Library. It will also be accessible via Zoom.

Join on Zoom:
Please click here to join the event!

About the event:
The Centro Pro Unione was opened in 1968 by the Franciscan Friars of the Atonement (Graymoor) at an ancient Roman building overlooking Rome's Piazza Navona, as a new center to welcome non-Catholic pilgrims to the Eternal City. It had already played a key role during the Second Vatican Council (1962—65), as an informal meeting place used by the Vatican's Secretariat for Promoting Christian Unity to bring together official Observers of other churches and journalists with Catholic bishops and theologians, to discuss various issues being treated at the Council.

Since 1968 the Centro has been at the service of the ecumenical movement in a variety of ways. It promotes ecumenical research through its expansive ecumenical library. It continually records and makes available the ongoing results of international dialogues. The Centro hosts scholarly presentations and conferences on ecumenical topics and publishes many of the proceedings in its Bulletin. Organizations such as the World Council of Churches have organized important meetings at the Centro.

Today the Centro Pro Unione animates international and local ecumenical life through various projects and activities in compliance with the principle stated in the Decree on Ecumenism, nr.5: "The care for reestablishing unity concerns the whole Church, both the faithful and the pastors, and affects each according to his or her ability, both in everyday Christian life and in theological and historical studies."

In this presentation, Father Puglisi will present the mission of the Centro in light of his many years as its Director. Starting with Vatican II and ecumenism, he will speak of the Centro's efforts to promote the ecumenical movement in terms of formation, dialogue, and spirituality.

"We are excited to welcome Father Puglisi to Seton Hall to discuss the important contributions the Centro has made to the ecumenical movement," said Dr. Ines Murzaku, Director of Catholic Studies. "We strive to prepare our students to advance the mission of the Church, and foundational to being Christ's presence in the world is taking seriously his wish 'that they may be one.' Our students and members of the wider community will benefit immensely from learning about the ways the Centro supports the Universal Church in promoting unity."

About the Speaker:
Dr. James Puglisi, S.A., has been Director of the Centro Pro Unione for many years. He is Professor Emeritus of Sacraments, Ecclesiology and Ecumenism at the Pontifical University of St. Thomas Aquinas (Angelicum). He is also Lecturer in Ecumenical Theology at the Pontifical University Antonianum, Rome, and at the Istituto di Studi Ecumenici San Bernardino, Venice. Among his many publications is The Process of Admission to Ordained Ministry: A Comparative Study, Vol. 1, Epistemological Principles and Roman Catholic Rites; Vol 2, The First Lutheran, Reformed, Anglican and Wesleyan Rites; Vol. 3: Contemporary Rites and General Conclusions, Collegeville: The Liturgical Press, 1996–2001.

About Catholic Studies:
Catholic Studies at Seton Hall University offers an innovative, interdisciplinary curriculum for students of any creed who are interested in deepening their knowledge of Catholicism's rich intellectual tradition and living heritage. Combining the study of history, philosophy, theology, literature, art, sociology, and other disciplines, Catholic Studies focuses on the Church's dialogue with culture and encounter with the world. Students interested in Catholic Studies have the option to pursue a major, minor, or certificate that complements and enhances the university's other degree programs and fields of study. Over 20 years the academic program and its variegated activities have stayed true to and fulfilled the Catholic mission and vision of the University. For more information, please contact Ines Murzaku, Ph.D., Director of the Catholic Studies at Ines.Murzaku@shu.edu or Gloria Aroneo at Gloria.Aroneo@shu.edu.