Dr. Ines A. Murzaku, Professor of Religion and Director of Catholic Studies Program, was interviewed by Voice of America, the largest U.S. international broadcaster, providing news and information in more than 40 languages to an estimated weekly audience of more than 280 million people, on her new book entitled Mother Teresa, Saint of the Peripheries. Dr. Murzaku gave the interview in Albanian, the native language of St. Mother Teresa.

Dr. Murzaku explained the focus of her upcoming book, and how it connects and applies Pope Francis' theology of the peripheries to the life and mission of the most celebrated woman of the twentieth century, St. Mother Teresa of Kolkata. 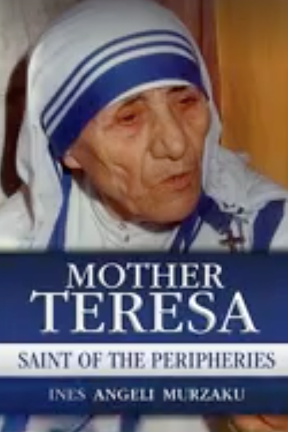 According to Dr. Murzaku's research and new findings, there is much convergence between St. Mother Teresa and Pope Francis regarding the periphery. Rather than a purely geo-political or geo-economic construction, for both Pope Francis and Mother Teresa the periphery refers to a multiplicity of peripheries: geographical, existential, mystical, moral, intellectual, and religious—extending, in all of these cases, to include the female periphery. Close parallels can be drawn between Pope Francis' and Mother Teresa's theology of periphery. Both Francis and Teresa were centered in the periphery, and both served the Church from and in the geographic peripheries of Argentina and India, respectively. However, there is a "peripheral distinction" between the two: Mother Teresa's geography of serving the Church went from the Balkan periphery—Scopje—to the Indian periphery, or a full-circle periphery. On the other hand, Francis moved from the Argentinian periphery to Rome—the center. Nevertheless, both Mother Teresa and Pope Francis equally brought the periphery to the center of world's attention. They complemented each other.

Voice of America also asked Dr. Murzaku to comment about the recent Turkish government decision to convert the museum that was formerly the Basilica of Hagia Sophia, the Church of the Holy Wisdom, into a mosque. According to Dr. Murzaku, Hagia Sophia—the museum, work of Ataturk's Turkey—ought to continue as a museum representing all and belonging to all believers, Christians and Muslims alike. Dr. Murzaku considers Hagia Sophia a sign of Turkey's openness to dialogue and interreligious co-existence between Muslims and Christians. Dr. Murzaku predicts that the cancellation of this memory and history will cause a sharp break between these two worlds.