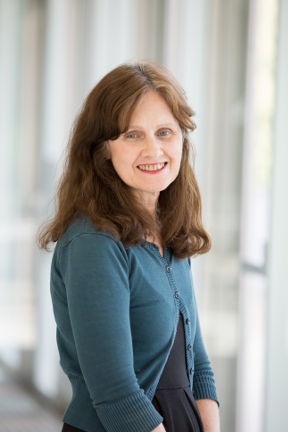 On August 2, 3, and 4th Nancy Enright, Ph.D, Associate Professor of English and Catholic Studies presented at the Oxford Symposium on Religious Studies, held at the Library of the University Church of St. Mary the Virgin in Oxford. The Oxford Symposium on Religious Studies is a forum for discourse and presentation of papers by scholars who have a particular interest in the study of religion. Professor Enright’s presentation was on the Martyrs of El Salvador. Here is an abstract from her presentation.

On May 23, 2015 Pope Francis beatified Archbishop Oscar Romero, moving him along on the road to official recognition as a saint of the Roman Catholic Church. The move is important because in calling Romero a “martyr,” as Pope Francis has done in his beatification, the Pope recognizes that the defense of the poor and marginalized is so central to the Christian faith that to be killed for it is not simply a political assassination, but a martyrdom – a death resulting from “odium fidei” or “hatred of the faith.” To hate the call for justice and peace, such as the voice of Romero articulated and for which he died, is to hate the faith. This beatification opens the doors for those of others, also martyrs from the civil war in El Salvador. This presentation will focus on several of them, as well as Romero: Fr. Rutilio Grande, Romero’s friend and the person whose death prompted the Archbishop to become an activist; the four churchwomen killed in El Salvador in 1980 – Ita Ford, Maura Clark, Dorothy Kazel, and Jean Donovan; and the six Jesuits and their housekeeper and her daughter, brutally killed in 1989. Each of these deaths was a witness to the faith and its historical “option for the poor,” a position going back to the earliest days of the church and expressive of the teachings and life of Jesus.

Nancy Enright, Ph.D. Associate Professor of English and Catholic Studies and Coordinator of Signature II: Journey of Transformation has been teaching full-time at Seton Hall University since 1988. Her research interests focus on the connections between literature and theology. She serves on the Board of Advisors for the Catholic Studies Program and have taught and created courses for that program (cross-listed with English). She has co-taught the Catholic Studies course, Foundations of Christian Culture, in Oxford, England, along with Msgr. Richard Liddy, Dr. Dermot Quinn, and Fr. Ian Boyd.