Seton Hall University's Catholic Studies Program in cooperation with The Commission on Christian Unity of the Archdiocese of Newark presents,
Wednesday April 7 at 2:00 p.m. EST via ZOOM.

"A Very Significant Step Forward"-
The Official Catholic Response to the new Faith and Order Convergence text The Church Towards a Common Vision.

One of the major areas of division from the 16th century Reformation concerned the meaning and structure of the Church. Since Vatican II, the Catholic Church and other churches and communities have engaged in dialogue to resolve serious differences in this area in order to promote and restore the unity that was broken over the centuries, motivated by the prayer of Jesus to his Father that his disciples "may all be one…so that the world may believe that you have sent me."(John 17:21). Bilateral dialogues with Lutherans, Anglicans, Reformed, Orthodox, Methodists and others aimed at restoring unity have produced surprising convergences regarding the Church, while still recognizing that more must be done to achieve full unity.

One of the more remarkable efforts in that regard is the subject of this lecture. The Catholic Church, together with those mentioned above and others, has been involved for decades in the multilateral dialogue sponsored by the Commission on Faith and Order of the World Council of Churches. Fr. William Henn, Professor at the Gregorian University in Rome was officially appointed by the Vatican's Pontifical Council for Promoting Christian Unity as one of the Catholic members of that Commission. After three decades of work, it produced, in 2013, the impressive convergence text; The Church Towards a Common Vision, to which churches were asked to respond, indicating points of agreement and issues about which further dialogue is needed. Fr. Henn also assisted in preparing the official Vatican response to this text. He is here to tell us about this.

The official response which is the subject for this talk can be found here. 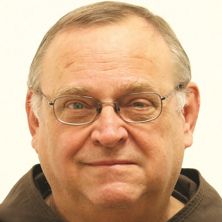 William Henn, OFM Cap., professor of ecclesiology at the Gregorian University, in Rome, has authored The Hierarchy of Truths according to Yves Congar OP (1987), One Faith: Biblical and Patristic Contributions Toward Understanding Unity in Faith (1995); The Honour of my Brothers: A Brief History of the Relation between the Pope and the Bishops (2000) and Church. The People of God (2004), as well as numerous articles in theological journals, dictionaries and collaborative works. He has participated in his church's bilateral dialogues with Pentecostals, the World Communion of Reformed Churches, the Baptist World Alliance, the Lutheran World Federation and the Mennonite World Conference, and is a vice-moderator of the Faith and Order Commission of the World Council of Churches. Since 2002, he has been nominated by various popes to be a consultant to the Pontifical Council for the Promotion of Christian Unity.