Wilnir Louis, a junior within the Stillman School of Business, sport management major, sports media minor, and WSOU 89.5 FM station manager, is the recipient of a Ria's Rising Stars Foundation Scholarship. The scholarship awards Louis, who was one of only three students selected, with an all-expenses-paid trip to this year's Worldwide Radio Summit in Burbank, California.

The Ria's Rising Stars Scholarship Foundation honors the memory and legacy of All Access co-founder Ria Denver. The foundation's mission is to provide deserving broadcast students the opportunity to attend the Worldwide Radio Summit, an international music and media conference for top professional broadcasters from the U.S. and around the world.

This is the third consecutive year a Seton Hall student has been selected for the competitive scholarship. Past awardees include Alicia Campos '19 and current student and staff representative Jose Feliciano.

As station manager, Louis oversees the activities of the Student Management Board, which consists of eight department managers and the managers' assistants. He also works hand in hand with WSOU General Manager Mark Maben and acts as a liaison between WSOU and the University community. 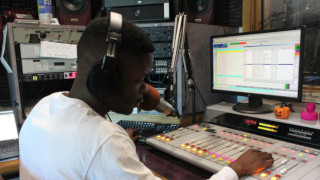 "Wilnir has been on stage at the National Association of Broadcasters' Radio Show as one of the panelists. He has co-presented three sessions at the National Student Electronic Media Convention in St. Louis and was a star at the College Media Mega Workshop's Radio Track in Minneapolis," shared Maben. "These achievements are pretty impressive for someone who is just 20-years-old, and the radio industry has taken notice."

As a great example of this industry recognition, Louis has also been named to Radio Ink's 2020 list of radio's "Future African-American Leaders." 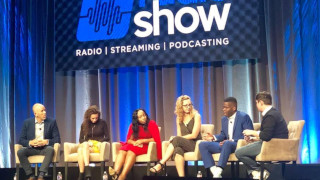 Louis hopes to enter the sports media industry and is determined to achieve his goals, including increasing the amount of diversity in the field. "I credit WSOU for giving me this passion," said Louis. "I knew I wanted to work in sports, but I thought I would end up in sports business. I can't wait to use the skills I've learned at WSOU in a professional role."