Stillman School of Business students, staff and faculty partnered with Enterprise Holdings to renovate a house in Orange, NJ, for individuals in need through Habitat for Humanity on September 20. The volunteers wanted to come together to benefit the local community and foster servant leadership.

The occasion marked the first time that the Stillman community partnered with Enterprise to participate in a Habitat for Humanity build.

Steven Lorenzet, Stillman Associate Dean of Business Academic Services, said, "We received an overwhelming amount of responses to participate. I had to ask Enterprise to allow more student spots than originally intended. Even with the additional spots, we still had a full team put together in just one day. A total of 21 people attended the build, 7 people from Enterprise, and 14 of Stillman's students, faculty and staff."

Talk of creating this event began more than a year ago when Chris Fitzpatrick, Enterprise Talent Acquisition Manager who works with Seton Hall, met with Dean Lorenzet and a member of the Career Center and discussed the Habitat for Humanity project. As a result, Enterprise and Seton Hall have partnered with Habitat for Humanity both in June 2017 with the Nursing School, and again three months later with the Stillman School.

Jordan Shepherd, a Stillman student who attended the build, explained that some of the tasks included painting and caulking in the house. She has volunteered before and wanted to continue volunteering here at Seton Hall.

"We learned that Habitat is a 'hand up not hand out' sort of charity; recipients do not receive free homes … but they worked hard for it, and that's something to be proud of," said Shepherd.

Shepherd was not the only student impacted by this event. Brooke Harrington, a Stillman student who is also involved with the Habitat for Humanity organization at Seton Hall, enjoyed being able to volunteer so close to home.

"I personally chose to attend the event because I live fairly close to Orange, and wanted to help out a part of my community. I knew by doing this I could help a family who is striving to make their world better. It meant a lot and was very emotional for me to partake in this event because it was so close to my home. And to help give others a home was truly fulfilling," stated Harrington. Enterprise supports many programs, internships and mentoring opportunities with Seton Hall, where many alumni are recruited after graduation. "Enterprise has tremendous success hiring Seton Hall students. There are several people in upper level management who are alumni," said Fitzpatrick.

He expressed that any opportunity to continue working with Seton Hall is always welcomed, and anticipated that the event would further Enterprise's relationship with Seton Hall. Both Fitzpatrick and Lorenzet shared hopes that the Habitat for Humanity project would become a yearly event.

Lorenzet explained that Enterprise is a top recruiter of college level talent across the United States, and frequently ranked by CollegeGrad.com as a top destination for recent college graduates.

Fitzpatrick stated, "Seton Hall students and grads tend to be academically strong and ambitious, and they are very well rounded." He added, "Enterprise looks to hire people who have a strong work ethic, are good with people, and have strong leadership skills. Volunteering brings about a lot of those skills and brings them to the forefront."

"A student trend is the impressive philanthropic priority that college students have. There is no generation that has been more philanthropically engaged than the millennial generation," said Fitzpatrick.

Stillman School of Business Partners on Habitat for Humanity Project 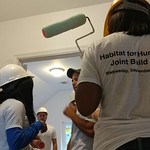 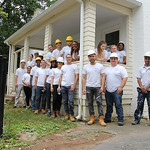 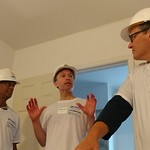 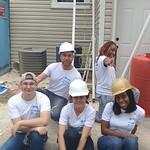 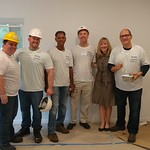 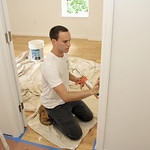 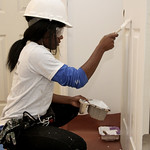 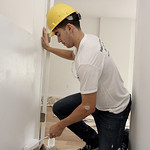 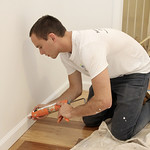 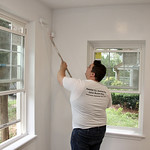 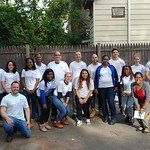 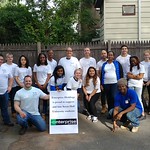