The Fall 2019 semester began a little earlier for twenty outgoing student entrepreneurs who competed in an energetic pitch competition as part of this year's inaugural Great Minds Entrepreneurship Boot Camp summer experience. As a participant in this program, I can share my experience from a first-hand perspective.

The Entrepreneurship Great Minds program was one of a dozen programs offered and sponsored through a wide array of schools and colleges at Seton Hall; all with specific focuses. Just some of the programs included Blue Courage Inclusive Leadership Institute, Cybersecurity, Digital Skills for the 21st Century Student, Genealogy/Forensic DNA Fingerprinting and Podcasting. The programs are the culmination of a joint effort between Interim Provost Karen Boroff and the deans of the various schools; the Entrepreneurship program was sponsored by Dean Joyce Strawser of the Stillman School of Business.

Held from Sunday evening of August 18 through Thursday afternoon of August 22, students worked in teams to brainstorm innovative ideas, create business models and prototypes and then pitch their business models before a panel of seasoned judges. Successful alumni entrepreneurs and mentors were on hand to assist throughout the sessions and guide students through presentations. Students ranged from freshmen to seniors and represented various colleges at Seton Hall including Arts & Sciences, Business, Communications, Diplomacy, and Law.

Participating students spent four days learning from a dynamic network of alumni, entrepreneurs, and some of the brightest business minds from across many industries. All the while, they were tasked to work in groups to think up and prototype a startup business that they would pitch to a panel of judges.

One of the many hand-on activities was customer discovery in which students interviewed prospective customers and gathered feedback. The entrepreneurs were off to the races, talking to consumers around campus and throughout the South Orange community. The experience honed students' listening and feedback reception skills, and also made them consider the importance of understanding customer needs from a first-person perspective.

The program got off to a fast start, and that momentum energized everyone involved and created a collaborative, creative environment. In their own words, participants shared their experiences:

"Being in the Entrepreneurship Boot Camp not only introduced me to the skills necessary to build a successful business but opened me up to connecting with students, freshmen to seniors. The boot camp was undoubtedly the perfect transition into my first semester here at Seton Hall!" – RoseMary Stanchak (Freshman, 3+3 B.S. in Biology/Doctor of Physical Therapy Program, Founder of Poppin' cake pops and Fresh Baked by Rosie [Instagram: freshbaked_byrosie]. Stanchak had already gotten a taste of entrepreneurship at Seton Hall last November when as a senior she won first place in the University's 2018 High School Pirates Pitch.

"I really enjoyed my time attending the great minds startup boot camp. I was able to make a lot of connections with professionals in many different fields, as well as I was given the opportunity to learn how to start up a new business." – Antonios Alshahda (B.A. in Criminal Justice, Pre-Law track)

"The Entrepreneurship Bootcamp offered a welcoming environment to all students no matter what year they were. In classes we learn a lot about fundamentals, but this boot camp gave students the chance to apply those lessons to real-world problem-solving." – Luke Tyler (Sophomore, B.S. in Finance and Economics)

The students had the opportunity to put their hard work on display in the form of a pitch which they presented in front of an expert panel of judges. Teams charismatically shared stories and explained the in's and out's of their infant business, hoping to be awarded first place by the end. After pitching, the students moved to another room and they anxiously awaited the results of the competition while the judges deliberated among themselves. The waiting room was simultaneously filled with mutual reassurances and shaking knees. As the judges began filing in, participants' gazes shot like laser pointers in their direction. Each judge took a moment to congratulate the whole group and talked about how they did. The anticipation finally broke when the online pet boarding platform PawCasa was announced the winner. Overall, the judges had overwhelmingly positive things to say about all of the teams and the boot camp in general, including:

"All of the students were eager and engaged. I look forward to seeing them progress." – Stephanie Caravela

"It was amazing to see how quickly and thoughtfully Seton Hall student entrepreneurs were able to put together businesses to solve real-world problems. Just as impressive were their abilities to convey and sell their ideas to the would-be marketplace." – Abe Kasbo

"It was a privilege to meet so many budding entrepreneurs. Their ideas were fresh and innovative, and their energy and enthusiasm were infectious." – Peter Tu

For its inaugural year, the Great Minds Entrepreneurship Boot Camp got off to a momentous start; empowering students to think outside the box and turn their creativity into a reality. The program is expected to continue next summer.

A version of this article also appeared in The Stillman Exchange, the official business publication of Seton Hall University, made possible by the generous support of the O’Brien Family. 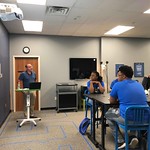 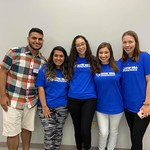 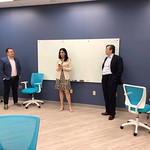 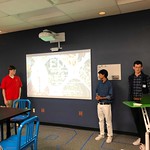 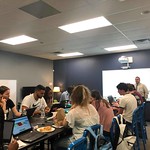 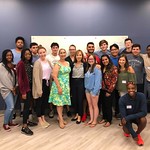 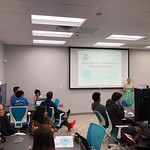 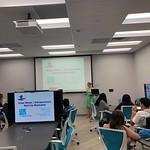 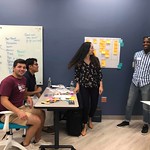 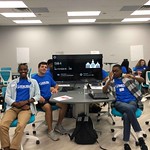 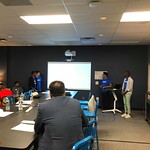 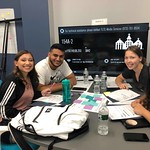