Young entrepreneurs from around the nation gathered recently at Seton Hall University to present their business ideas to an independent judging panel comprised of alumni entrepreneurs and faculty members. What made this gathering so compelling was the 10 finalists, from a pool of more than 225 from 29 states as well as three foreign countries, were teenagers participating in the third annual High School Pirates Pitch competition.

"We are so impressed by the enthusiastic response the contest received from entrepreneurial teens all over the world. The high school students who participated in our competition dream big and have the passion to pursue their dreams," said Susan Scherreik, founding director of the Center for Entrepreneurial Studies at the Stillman School of Business.

Based on the Center's highly successful College Pirate Pitch Competition, the event was geared to teaching high school students entrepreneurship basics and idea generation as well as recognizing and rewarding students with outstanding entrepreneurial know-how. All finalists received a $4,000 scholarship to attend Seton Hall University; honorable mentions received a $50 Gift Card; second place received a $1,000 cash prize and a $6,000 University scholarship; and the first place winner received $2,500 and a $10,000 University scholarship. Finalists and their families were invited to a special business networking and advice reception with successful entrepreneurs.

"Today's young people are the entrepreneurial generation, both on the college and high school levels. We have found that the younger students are when they get involved in entrepreneurship, the better prepared they will be for the future. We have a terrific entrepreneurship program at Seton Hall, and we wanted to bring it to high school students and give them a taste of a college startup competition," Scherreik said. She added: "Bringing these entrepreneurs to college also exposes them to the number one business leadership program in the country."

Will Pfennigwerth, a senior from Larchmont, New York, who attends Fordham Preparatory School, came in First Place for his business "Spark 3-D." Will demonstrated a prototype for a do-it-yourself 3-D Printer Kit, and he is raising funds on Kickstarter to fund production. "I put a lot of work into this and it paid off," Pfennigwerth said. "I am very excited to win," he added.

The judges said that judging was difficult because all ten Finalists were outstanding. "Every single one of these students knocked it out of the ballpark," said judge Abe Kasbo. 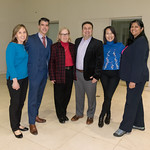 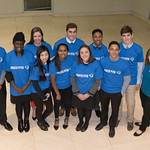 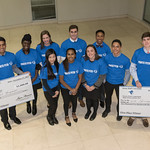 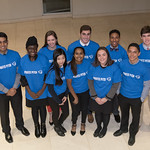 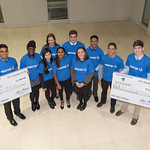 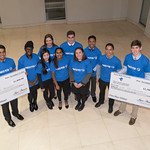 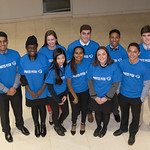 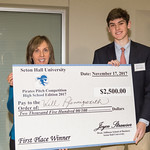 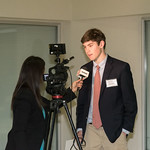 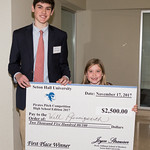 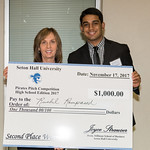 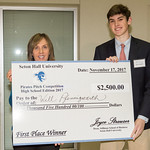