54% of Americans Say Only Vaccinated Fans Should Be Allowed to Attend Sporting Events; Finding Holds Across Regions, Age Groups and Gender 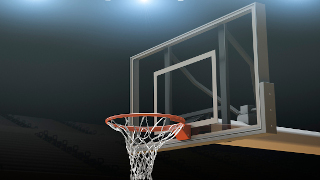 South Orange, NJ, February 4, 2022 – While the matter of mandated Covid-19 rules remains a hot button issue across the U.S. and the world, by a margin of 54 - 29 percent, America’s general population believes that only fans who are fully vaccinated should be allowed to attend live sporting events, a number that rises to 59 - 28 percent among sports fans and 68 - 19 percent among self-described “avid fans.” Those who neither agreed nor disagreed were 17 percent (general population), and 13 percent (both sports fans and avid fans).

Broken down by gender, across the nation 54 percent of males and 53 percent of females agreed with a vaccine requirement to attend live sporting events.

“Any way you examine the data - fan level, age, gender, or region - the finding remains strong; fans want to be safe in the arenas and stadiums,” said Seton Hall Marketing Professor and Poll Methodologist Daniel Ladik.

These were the findings of a Seton Hall Sports Poll conducted January 28-February 1 across the United States using a national representative sample weighted according to gender, age, ethnicity, education, income and geography based on U.S. Census Bureau figures. The Poll had 1,513 adult respondents with a margin of error of +/- 3.2 percent.

Despite the well-publicized desire of some Los Angeles County officials to abandon mask requirements for attendees at this year’s Super Bowl, fifty-eight percent of the general population said that requiring all fans to wear masks, show proof of vaccination or a recent negative Covid-19 test makes attending a live in-person sporting event safer. Among sports fans the number in agreement rose to 61 percent and among self-described “avid fans,” 69 percent. Those disagreeing with the notion that these measures make event attendance safer numbered 26 percent of the general population, 24 percent of sports fans and 16 percent of avid fans. Those neither agreeing nor disagreeing were about 15 percent in all categories. (See results in charts below).

Asked if they felt more comfortable attending a live outdoor sporting event now than they did six months ago (August 2021), 35 percent of the general population, 44 percent of sports fans and 53 percent of avid fans agreed. The disagreement numbers totaled 27, 23 and 18 percent respectively. Those who neither agreed nor disagreed were 38, 33 and 29 percent, respectively.

The numbers varied somewhat when the same question was posed regarding comfort attending an indoor event. Here, 31 percent of the general population said they felt more comfortable than they did six months ago (vs. 32 percent who disagreed, and 37 percent who neither agreed nor disagreed). Among sports fans, the number who felt more comfortable with the notion of attending a sporting event now than they did six months ago, rose to 40 percent, with avid fans rising even further to 55 percent. Those who felt less comfortable now and disagreed numbered 27 percent of sports fans and 18 percent of avid fans. The number who neither agreed nor disagreed was 37 percent (general population), 33 percent (sports fans) and 27 percent (avid fans).

Would You Attend if Given Free Tickets?

Asked if given free tickets, would you attend an outdoor sporting event in the next month, 72 percent of avid fans said yes, 22 percent said no and six percent don’t know/no opinion.

Among sports fans, it was 61 percent saying yes, 29 percent no, and 20 percent don’t know/no opinion.

In December 2021, when asked the same question, the number agreeing that they would attend was 77 percent (-5 points since) for avid fans and 61 percent (same) for sports fans.

Djokovic is now facing a three-year ban from entering Australia. Asked about the three-year ban which would bar him from competing in the Open, 40 percent of the general U.S. population agreed with ban (41 percent disagreed, 19 percent don’t know, no opinion). Among sports fans it was a dead heat, with 43 percent agreed and 43 percent disagreed. For avid fans, 49 percent agreed with the ban, while 38 did not.

Asked if he should be allowed into the French Open (Roland Garros) this May even though French entry rules require vaccination, 41 percent of the general U.S. population said no, while 38 percent yes (21 percent don’t know/no opinion).

“Mr. Djokovic distracted from a world class tennis tournament,” said Charles Grantham, Director of the Center for Sport Management within Seton Hall’s Stillman School of Business, which sponsors the Poll. “Nations and sports organizations need to be on the same page, well in advance, for any pending sporting tournament to avoid a repeat of what happened in Australia.”

Questions with charted breakdowns in an online version of this release may be found at http://blogs.shu.edu/sportspoll/

The Seton Hall Sports Poll, conducted regularly since 2006, is performed by the Sharkey Institute within the Stillman School of Business. This poll was conducted online by YouGov Plc. using a national representative sample weighted according to gender, age, ethnicity, education, income and geography, based on U.S. Census Bureau figures. Respondents were selected from YouGov’s opt-in panel to be representative of all U.S residents. This poll release conforms to the Standards of Disclosure of the National Council on Public Polls. The Seton Hall Sports Poll has been chosen for inclusion in iPoll by Cornell’s Roper Center for Public Opinion Research and its findings have been published everywhere from USA Today, ESPN, The New York Times, Washington Post, AP, and Reuters to CNBC, NPR, Yahoo Finance, Fox News and many points in between.