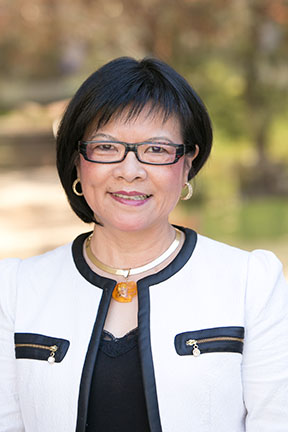 Research bridging the fields of immunology, pharmacology and neuroscience by Professor Sulie L. Chang, director of the Institute of NeuroImmune Pharmacology at Seton Hall University, shows that binge drinking among teens could lead to an increased "sensitivity" to opioids.

This increased sensitivity can lead to a greater sense of euphoria or "high" among the teens with binge drinking experience and thus lead to a greater likelihood of continued usage and subsequent opioid use disorder or addiction.

Published today in Frontiers in Psychiatry, the article is entitled "Binge-Like Exposure to Ethanol Enhances Morphine's Anti-Nociception in B6 Mice." The research was partially supported by four grants from the National Institutes of Health (NIH), Seton Hall University and Temple University School of Medicine.

"We are in the midst of an opioid epidemic in this country and we need to figure out why," said Director Chang. "Our research shows that binge drinking among adolescents essentially shapes the brain and the body to be more receptive to opioids— to increase the effects of the drug and thus make it more likely that the teen user of opioids will continue to use. More generally, the research also tells us that substance abuse of any form is a slippery and dangerous slope."

The researchers note that binge drinking that significantly elevates blood alcohol content causes gut leakage and leads to increased endotoxins in the circulation and brain inflammation as well as enhancement of the neuroimmune signaling pathways. Continual exposure to alcohol at binge drinking levels has a pathological effect on chronic inflammation and autoimmunity. The researchers found, essentially, that the bodily response to binge drinking prepares the body to be more receptive and responsive to opioids.

The experiment
For their experiment, the researchers used adolescent mice to gauge the impact of binge drinking on the effects of morphine. Over a course of days, the mice were treated with or without the equivalent of three days' of drinking alcohol, intended to mimic an underage drinker's binge with hard liquor over a long weekend or holiday.

Twenty-four hours after the last alcohol was administered, all of the mice were then exposed to a brief pain inducing event and then given injections of morphine at various doses.

The response curve of the mice given binge-level alcohol was shifted to the left, indicating enhanced reaction to morphine's effects.

"Overall, the study's results suggest that by making teens more physically receptive to the effects of opioids, and by enhancing those effects, binge drinking may contribute to the onset and progression of opioid use disorders," said a co-author of the study, Associate Professor Ilker K. Sariyer, Department of Neuroscience, Temple University School of Medicine. "In the midst of an opioid crisis, this is important information to have."

A follow-up study is planned by the researchers.

The full article, published in Frontiers in Psychiatry, "Binge-Like Exposure to Ethanol Enhances Morphine's Anti-Nociception in B6 Mice," is available online.