Professor of Political Science and Film Will Screen New Documentary 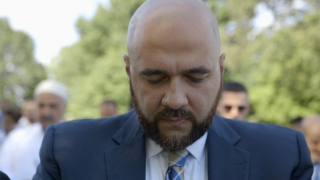 Jeffrey Togman, Ph.D., professor of political science and film, as well as the director and producer of Mayor Mohamed, will have a screening of the documentary on Thursday, September 23, 2021 at 7:30 p.m. The event will be held in the Schwartz Building, Room 113 and doors will open at 7:15 p.m. for seating. The screening will be the first for Seton Hall's 2021-2022 Diversity Film Series and is also co-sponsored by the College of Arts and Sciences, Seton Hall's chapter of Scholars for Syria, and the International Film Festival of the Department of Languages, Literatures and Cultures.

The film, which had its world premiere at the Brooklyn Film Festival in June of 2021, focuses on Mohamed Khairullah, a Muslim immigrant from Syria who moved to the United States in the 1980s. Khairullah has been the mayor of Prospect Park, New Jersey since 2006. The film will also make its international premiere at the Arabisches Filmfestival in Germany this fall. The festival will be held October 7 - 16, 2021, with screenings in Tübingen and Stuttgart.

Khairullah is the longest-serving Muslim elected official in New Jersey and the documentary gives the audience a glimpse into the sacrifices and risks he takes to bring humanitarian relief into Syria while simultaneously fighting the forces of Islamophobia in the United States. When he is accused of imposing "Sharia Law" by a local politician, who later runs a campaign to unseat him as mayor, Khairullah must confront these forces of Islamophobia and reckons with the larger question of what it means to be an American.

In an interview on WNYC's All of It with Matt Katz, Khairullah talked about the Islamophobic opposition he has faced dating back to when he first ran for local office in 2001. "Unfortunately, the tragic events of September 11th happened that same year and that's when I was told I have no chance of winning an election with a name like mine," said Khairullah. He went on to say, "because of my community engagement I think my community saw above the fray, above the stereotyping, above the fear-mongering, and elected me to office."

Initially planned as a film to help document the Syrian civil war, Professor Togman attended a panel of Syrian American guest speakers at the Congregation Shomrei Emunah synagogue, which included Khairullah, during the pre-production phase of the film. In an interview with Lauren Peacock of the Montclair Local, Togman mentioned that he introduced himself after Khairullah's speech and "there was an immediate spark." It was shortly after that Khairullah agreed to become the focal point of the film. "It wasn't initially a story about just Mohamed," said Togman, "but it was just a fascinating story."

In that same interview with Peacock, Togman stated that "Mohamed is a strong advocate for immigrant rights in general, and I attended several events he was a part of. His attendance and support show how he is committed to helping people beyond his immediate community."

Togman also talked about several obstacles he had to overcome during the filming process. "To get myself and the film crew invited into all these people's lives...they were very generous with their time, with their privacy, finding people willing to do that is a challenge," he said. He also spoke about the difficulty of editing the film down to the 86-minute runtime because "there were so many different aspects to Mohamed's story" and it was not easy deciding which parts to leave out of the final product.

The screening will be free and open to the University community and the general public on a first-come first-served basis. In accordance with Seton Hall policy, face masks will be required indoors for the screening. For more information on the film, the official Facebook page can be found here and the Twitter account for the documentary can be located here.