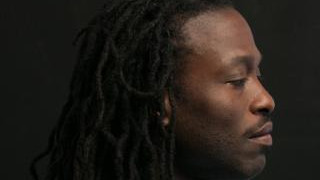 Roger Reeves earned his PhD from the University of Texas, Austin, and is the author of King Me (Copper Canyon Press, 2013), winner of the Larry Levis Reading Prize, the PEN/Oakland Josephine Miles Literary Award, and a John C. Zacharis First Book Award. He is the recipient of a Whiting Award and two Pushcart Prizes, as well as fellowships from Cave Canem, the National Endowment for the Arts, the Poetry Foundation, and Princeton University. An associate professor of poetry in the English Department at the University of Texas, Austin, his second collection of poetry is forthcoming from W. W. Norton.

Of King Me, publisher Copper Canyon writes: "Reflecting traditions and aesthetics from Audre Lorde to the Black Arts movement, from Whitman to Lil Wayne, King Me is poignantly lyrical, filled with lush scenes of both beauty and decay."

The Los Angeles Review of Books calls Reeves "a sophisticated and breathtaking writer," noting that "each poem comes packed with arresting imagery, relentless in its examination of how tragedy and trauma become internalized — cleaning out the wounds to understand the pain" while also managing to "locate (and inhabit) hope, inner strength, and defiance."

The event is free and open to the public. All are welcome. To register, click here.