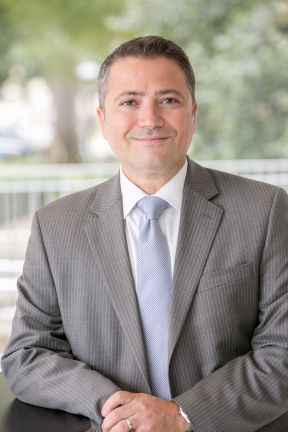 Renowned for its scholarly and academic work, Rowman & Littlefield is one of the largest book distributors in America and has publishing partnerships with a range of authorities and government agencies, including The Smithsonian Institution, The American Council on Education and The American Foreign Policy Council. It published the Historical Dictionary of American Criminal Justice as part of its 40-year old Historical Dictionaries of Professions and Industries series.

Unlike most dictionaries, which only define terms in an abridged, contemporary way, the Historical Dictionary of American Criminal Justice also provides readers (as its title suggests) with the historical context of the most relevant concepts, principles, persons, events and court cases in the field. At 470 pages with more than 1,200 cross-referenced entries, the book is designed to function as a resource for students, researchers, and practitioners seeking a comprehensive understanding of criminal justice and its processes in an ever-evolving field that incorporates aspects of philosophy, law, biology, anthropology, and sociology. Fazari, who wrote and directed the award-winning documentary, Why They Kill premiering in 2018, coauthored the Historical Dictionary of American Criminal Justice with colleagues from St. Peter's University and Georgian Court University.

In the Introduction, which gives an overview of the American criminal justice system and the forces at work in the creation of that system, the authors noted:

Since the dawn of the first European settlers in the early 15th century, criminal justice has been a cornerstone to the foundation of American society. Crime in the early 21st century bears little resemblance to the legal structure and judicial practices that were in use during the founding of the colonies and the establishment of the republic. Indeed, the system of justice and the processes with which we attempt to understand and control criminal behavior have undergone a sea change since those early years of the nation.

Urbanization, industrialization, westward migration, population growth, and the metamorphosis of crime, including the onset of terrorism, have not changed the need to continually address the crime problem. What has changed, however, is how society has come to view and understand crime— that is, how we have come to define it—and how American civilization has attempted to develop strategies to prevent or otherwise address its effect on the population. The means by which crime is prevented, prosecuted, and penalized have undergone substantial change. In addition, the protections of individual rights have been subject to a more stringent review by the legislature and the judiciary to ensure a balanced system of justice. At times, the criminal justice system has also been affected by criminological research, which offers evidence to support needed or desired change. However, new legislative statutes are influenced by politicized constructs (such as the War on Drugs, the shift to a crime control model, or public reactions to terrorism and recent school shootings), which are not necessarily empirically grounded.

Fazari, who is a Fellow of the Institute for Court Management and served as faculty for the National Center for State Courts, was a chief administrator for the New Jersey Judiciary where he served in an executive administrative capacity for 12 years. He said, "A firm understanding of the machinations of the American criminal justice system necessarily requires a consideration of the historical context of those processes.  Knowing how we got here – and the confluence of factors that affect policy and procedure – is instrumental in addressing the present and future challenges of the system so that we can ensure that it continues to evolve vis-à-vis society's needs. I am hopeful that this book will give readers that insight."

Historical Dictionary of American Criminal Justice can be purchased through Amazon or through the publisher directly.