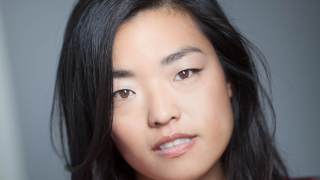 Patricia Park is the author of the novel Re Jane, a modern-day reimagining of Brontë's Jane Eyre. Re Jane was named Editors' Choice by The New York Times Book Review and a Best Book of 2015 by American Library Association and was an O, The Oprah Magazine pick and an NPR "Fresh Air" pick, among other accolades. Park has received fellowships from Fulbright, Jerome Foundation, The Center for Fiction, American Association of University Women, and other organizations. Her nonfiction has appeared in The New York Times, The Guardian, Salon, and elsewhere. She is an assistant professor of creative writing at American University and is at work on her next novel, which is about the Koreans in Argentina during the Dirty War. She lives in New York City.

Find her online at her website and at @patriciapark718 on other social media platforms.

About the Series:
Poetry-in-the-Round has brought some of the best contemporary writers from around the world to Seton Hall University for the past three decades. Some of those visitors have included Karen Russell, Ben Lerner, Dinaw Mengestu, Kaitlyn Greenidge, Jonathan Franzen, Heidi Julavits, Jenny Offill, Helen Phillips, Ben Marcus, Joyce Carol Oates, Russell Banks, Nadine Gordimer, Jamaica Kincaid, John Ashbery, Adrienne Rich, and many others. The series has worked to bring established and up-and-coming new writers to the attention of Seton Hall students and the community.