A policeman (left) on street patrol side-by-side with a Nazi auxiliary.

The Graduate Program in Jewish-Christian Studies is offering a Teacher Study Day, Police Action in the Nazi Period and Now, as a day of professional development, featuring interactive workshops and in-depth discussions with expert speakers and authors. The study day will take place from 9:00 a.m. to 3:00 p.m. on Wednesday, March 13, in the Caroline D. Schwartz College of Nursing Building Amphitheatre on the South Orange campus. Educators and other interested individuals are invited to attend the program free of charge.

The program will impart important lessons of how police throughout Europe interacted with communities during the Holocaust as well as looking at police education in the U.S. and ways that police departments interact with local communities, and the significance of teaching these experiences to today's students, according to Rev. Lawrence E. Frizzell. Father Frizzell is director and associate professor of the Jewish-Christian Studies graduate program and the director of the Institute of Judaeo-Christian Studies, a leading center of expertise committed to the mission of developing, encouraging and increasing the collaborative peace-building efforts of Jewish and Christian scholars, theologians, educators and students.

"The role of the police in society has been defined in a way that is distinct from the nation's armed services. How were the police in Nazi Germany and occupied lands perceived by minorities and others who refused to collaborate in building the Third Reich? How did the ordinary police differ from the infamous Gestapo, the secret police?" shared Father Frizzell. 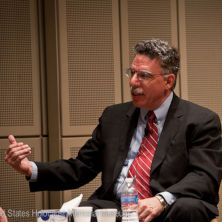 Peter R. Black, Ph.D., retired from the United States Holocaust Memorial Museum, where he served as senior historian from 1997 to 2016 will discuss: "The German Police implement the persecution and annihilation of the European Jews." Earlier, Black served as Chief Historian for the Office of Special Investigations, Criminal Division of the United States Department of Justice from 1978 to 1997, as part of a team tracking and prosecuting suspected war criminals. He published Ernst Kaltenbrunner: Ideological Soldier of the Third Reich (Princeton University Press, 1984) and has written numerous articles and book chapters. He is active as an independent historian and consultant. He received his Ph.D. in History from Columbia University. 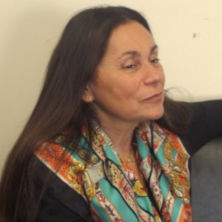 Maria (Maki) Haberfeld, Ph.D., professor of political science in the Department of Law, Police Science and Criminal Justice Administration at John Jay College of Criminal Justice will discuss "Warriors or Guardians: tactical training and police integrity, to shoot or not to shoot: is this the question?" Her publications include Introduction to Policing: The Pillar of Democracy (co-authored, 2014), Police Leadership (2005), Contours of Police Integrity (co-editor, 2003), Critical Issues in Police Training (2002) and three books on terrorism, among others. She received her Ph.D. in Criminal Justice from City University of New York and John Jay College of Criminal Justice. She also received her Master of Arts in Criminology from the Hebrew University in Jerusalem.

This study day is offered free of charge with a complimentary lunch. To register, contact Father Frizzell at lawrence.frizzell@shu.edu, (973) 761-9751, or by visiting the Teacher Study Day website.

New Jersey educators will be required to provide the name of their school when registering in order to receive five professional development credit hours. This program, the certificate and the professional development credit hours are sponsored financially by the New Jersey Commission on Holocaust and Genocide Education and The Msgr. John M. Oesterreicher Endowment, Seton Hall University.