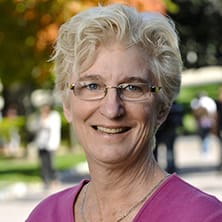 In the most recent edition of Women's Review of Books Judith Stark, emeritus professor of philosophy and environmental studies, reviewed the Library of America's edition of Rachel Carson's works. In this review, Stark examines Carson's Silent Spring and its impact on the environmental movement, while also discussing biologist Sandra Steingraber's Living Downstream; which "brings Carson's indictment of the chemical industry to our own times".

Silent Spring was published in 1962, igniting an environmental movement that continues to grow to this day. In this book, Carson expresses her concerns about the long-term effects of biocides, the toll they take on the environment and the lack of responsibility taken by the chemical industry as a whole.

"Carson knew that in writing what she called her 'poison book,' the struggle was just beginning to bring to account—biologically, politically and morally—the unchecked power of the chemical industry," writes Stark. "All dimensions of life are implicated: air, water, soil, food, habitats, ecosystems, and health." Stark also notes that pesticides destroy the predator and prey relationship that would naturally do what pesticides do artificially.

Steingraber's Living Downstream is what Stark called a "necessary and unfortunate follow-up to Silent Spring." Steingraber was diagnosed with bladder cancer at a young age, which prompted her to research effects the environment has on personal health. Steingraber uses Carson's Silent Spring to support her condemnation of the usage of pesticides in U.S. agriculture.

Women's Review of Books featured Stark's review on the front page of their "Feminist Classics" issue. The magazine is a product of Wellesley Centers for Women, a program at Wellesley College that advocates for "gender equality, social justice and human well-being." This publication is a collection of essays and reviews written by women, about women. Stark, in her review titled "Poison Books," amplifies the advocacy of Rachel Carson and Sandra Steingraber for better environmental standards, making it evident in her writing that although there is a 50-year gap between Carson's Silent Spring and Steingraber's Living Downstream, the negative effects of chemical pesticide usage have largely remained the same.

Stark began her career at Seton Hall University in 1980 as a professor of philosophy and has since added the title of co-director of Environmental Studies. In the Spring 2019 semester, she will be co-teaching the Senior Capstone course with environmental science professor Wanda Knapik, as well as an environmental philosophy course titled "Humans and the Natural World: Ideas that Matter."