The Department of Religion's annual undergraduate essay contest in theology and religious studies was recently completed with the awarding of three Fr. Ballweg prizes.

First place was awarded to Felipe Pereira, a graduating senior, double majoring in Religion and Philosophy. His winning essay is titled "A Dilemma for Liberation Theology." Second place went to a Religion minor, Woorod Atiyat, who submitted the essay "Alston and Plantinga on Warranted Religious Belief without Evidence." The third place prize went to Christina Murphy, a Classics major, who wrote on Tertullian's understanding of the relationship between faith and reason. 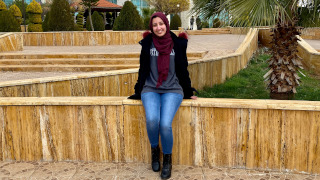 These three essays stood out among a field of high-quality submissions. As Dr. Anthony Sciglitano, one of the Religion faculty judges for this year's competition, remarked about the winning essays, "It is gratifying to find such fascinating papers that express well the relevance of theological and philosophical issues to contemporary life whether this involves the role of religious people in the work for justice, consideration of the warrants for religious belief and experience, or the broad relation between theology and extra-theological discourses. Truly wonderful work." 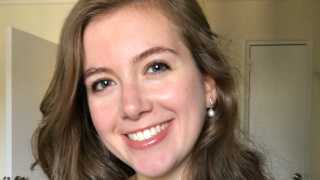 The Religion Department's undergraduate essay prize is named in honor of Fr. John M. Ballweg. A 1952 graduate of Seton Hall, he taught ethics in the department starting in 1980. He passed away in 2010. He was a distinguished colleague and beloved friend to many across the university. "I want my students to see the connection between faith and their everyday lives," he once noted. The winning essays of this year's competition explore that connection with intellectual excellence.

About the Department of Religion
The Department of Religion is Seton Hall's home for the study of religion, theology, and ethics in global, comparative, and ecumenical contexts. Animated by Vatican Council II's call for Catholic Christians and all persons of good will to examine the relationship between faith and reason, live together in solidarity, and promote the common good, the Department of Religion's curriculum focuses on the theological, cultural, and ethical dimensions of Catholic, Orthodox, and Protestant Christianity and other global religious traditions, particularly, Judaism, Islam, and South Asian religions. On the graduate level, the Department of Religion offers a Master of Arts in Jewish-Christian Studies, the first and only one of its kind in the United States. The Jewish-Christian Studies program focuses on analyzing complex religious, ethical and social issues that promote peace and justice and prepares students for many facets of interreligious and multicultural relations, dialogue and diplomatic encounters.

More information on the Department of Religion »