The Seton Hall University Department of Biological Sciences will host the 11th Annual Biological Sciences Symposium as part of the 2018 Petersheim Exposition on Thursday, April 26th, 2018. The event will be held in the Science Atrium in McNulty Hall with opening remarks and a student poster session beginning at 3:30 p.m. The keynote seminar entitled "How complex is the complex genetics of addiction?" will be delivered by Dr. David Goldman. 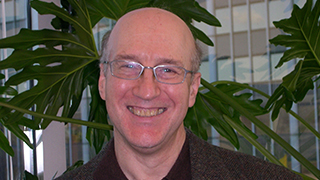 Dr. Goldman is a Fellow of the American College of Neuropsychopharmacology. His awards include the NIH Director's Award (twice), Distinguished Researcher Award from the Research Society on Alcoholism, an award from the British Medical Association for his book, "Our Genes, Our Choices," and the James Isaacson Research Award of the International Society for Biological Research on Alcoholism. Throughout his career, Dr. Goldman has focused on the identification of genetic factors responsible for inherited differences in behavior and has authored over 400 papers. These include several of the first "imaging genetics" studies. He and his group are increasing reliant on genomic methods including sequencing, genome-wide association, and epigenetic studies, for identifying genes that influence behavior.

Dr. Goldman's current research identifies genes that influence vulnerability to alcoholism, other addictions and other psychiatric diseases. His laboratory uses a combination of genomic, intermediate phenotype and functional genetic methods to identify functional variants that ultimately influence vulnerability to causally complex psychiatric diagnoses via their effects on molecules and neural functions that mediate these behaviors.

The Biosymposium is open to SHU students, faculty, alumni and the public and provides an opportunity to discuss ongoing research projects being conducted in the Department of Biological Sciences. Both graduate and undergraduate students will present their data on a diverse range of topics pertaining to the life sciences. Refreshments will be served during the poster session. For questions about the event, please contact Dr. Ed Tall, Faculty Associate of Biological Sciences.